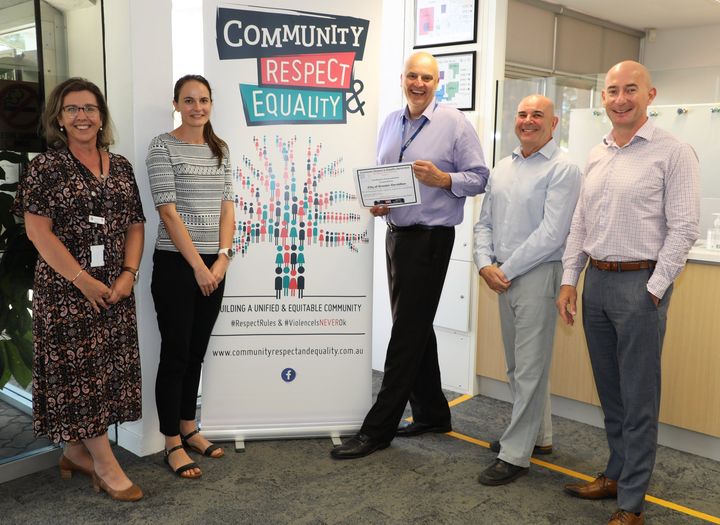 The City of Greater Geraldton were proud to recently achieve accreditation in level 1 of the CRE Agreement. Having signed on in April 2019, and supporting the wider project since it commenced in 2017, the CGG has been both passionate and committed to the prevention of family violence in our local community.

“Family violence is a key social and health issue, and primary prevention is vital. By adopting these initiatives and achieving the first level of the accreditation, we continue to pledge the City’s commitment to take action and create awareness to prevent family violence,” City of Greater Geraldton CEO Ross McKim said.

The CGG’s commitment to the Agreement can be seen throughout their workplaces and the community. There is the new purple bench which honours the victims of domestic homicide in WA, just at the front of the Civic Centre on Cathedral Avenue. Then, inside the foyer the CRE banner is proudly on display and, “the CRE values and codes of behaviours have been endorsed internally at the City” and are on displayed on all staff noticeboards.

During the 16 Days in WA – stop violence against women, the Queens Park Theatre was brightly lit orange in support of the campaign. The City’s commitment doesn’t stop within the surrounds of Geraldton, but also throughout Mullewa, with CRE signage and messages are on display, including around the local football oval and on the teams jumpers. 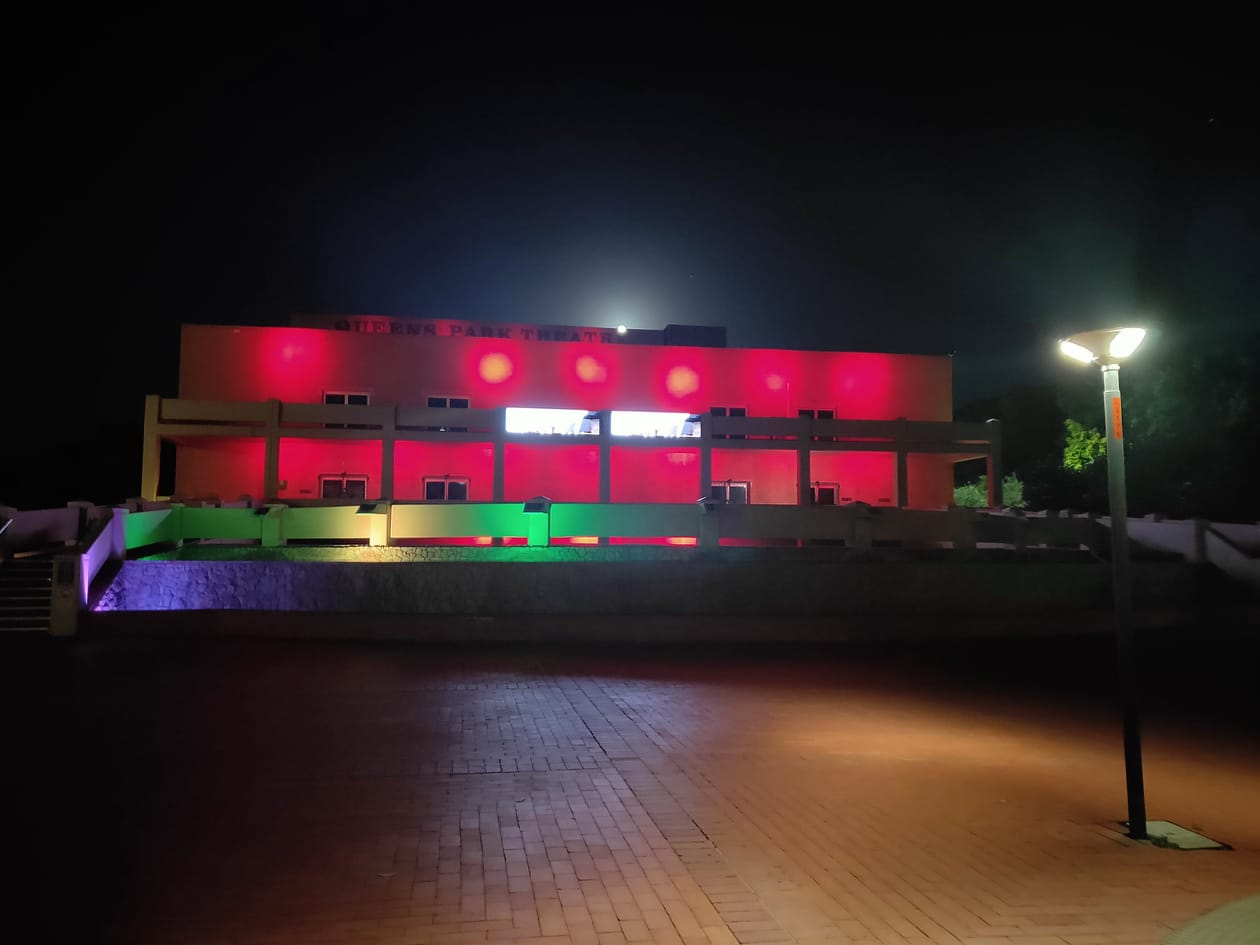 The CGG have also demonstrated their support through their various communication channels including on their website, latest news and Facebook page.

In addition to this they included the Family Violence Leave Clause into their Enterprise Agreement, which is above the national employment standards and includes five paid days of leave.

Going into the future the CGG commits to supporting the development of a level 2 of the CRE Agreement, and implementing the facilitation of WACRH’s Bystander Training to their staff, supporting them in speaking out against disrespect. In doing so, Mr. McKim hopes to “create a culture where employees are confident to call out disrespect, sexism, harassment or violence.”

Congratulations City of Greater Geraldton, and thank you for helping us create a community that is safer for everyone.