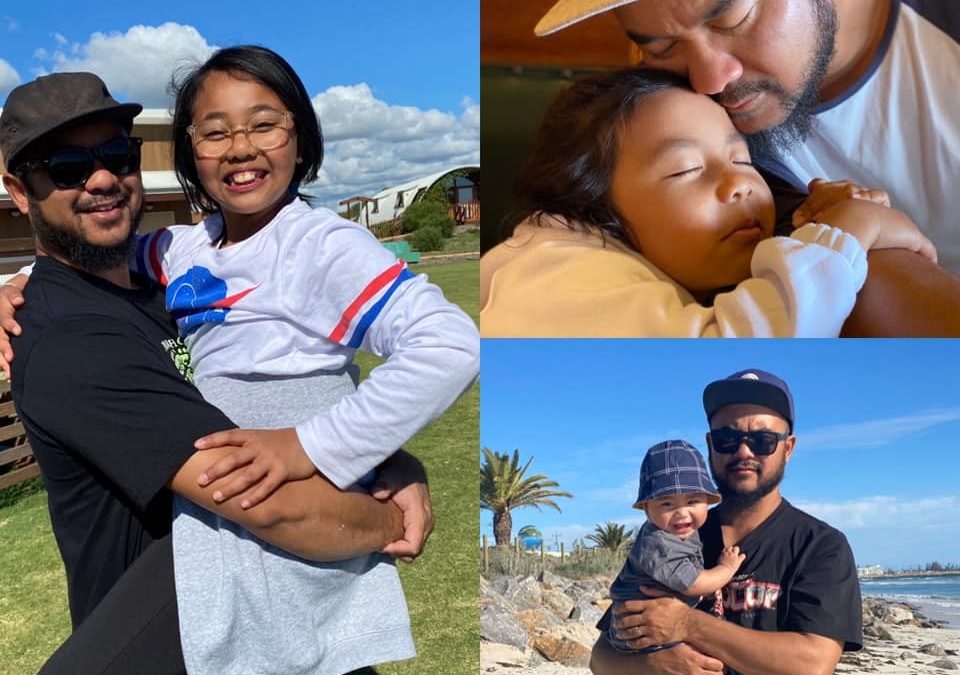 We would like to welcome SHINE and Midwest Multicultural Association to the Community, Respect and Equality Agreement! Thank you for standing with us to say #ViolenceIsNeverOk. Have a read below of why they decided to sign up, in their own words.

“SHINE Inspire Achieve Belong Inc believes working together to create a violence free community is important to allow everyone to thrive especially the young girls and women we support in the SHINE Program. We are committed to stopping family violence and eradicating unwanted and unwelcome behaviours in the home, at work and in the community. We want to give voice to our young people in the community who want to live, play and work in safe, inclusive, respectful and equitable places. SHINE wants to collaborate and stand up with others in our community to say #ViolenceIsNeverOk”

“The Midwest Multicultural Association believes that every life is important, for each individual to reach their full potential there needs to be respect, encouragement, support, recognition of cultural needs so that a person can feel safe and secure in their chosen place to live. By being a recognised, respected and valued part of the community they will contribute to making the Midwest a special place to live in this vastly culturally diverse community.”

It has been an exciting month of organisations achieving level 1 accreditation in the CRE Agreement. Congratulations are in order for both the Mid West Ports Authority (MWPA) and the WA Centre for Rural Health (WACRH). Although both organisations are very different, they have both put in enormous efforts in implementing suitable actions for their workplaces to raise awareness of family violence, and in creating an equal, respectful and safe working environment for their staff. Read more below on just a few of the things these organisations have implemented: 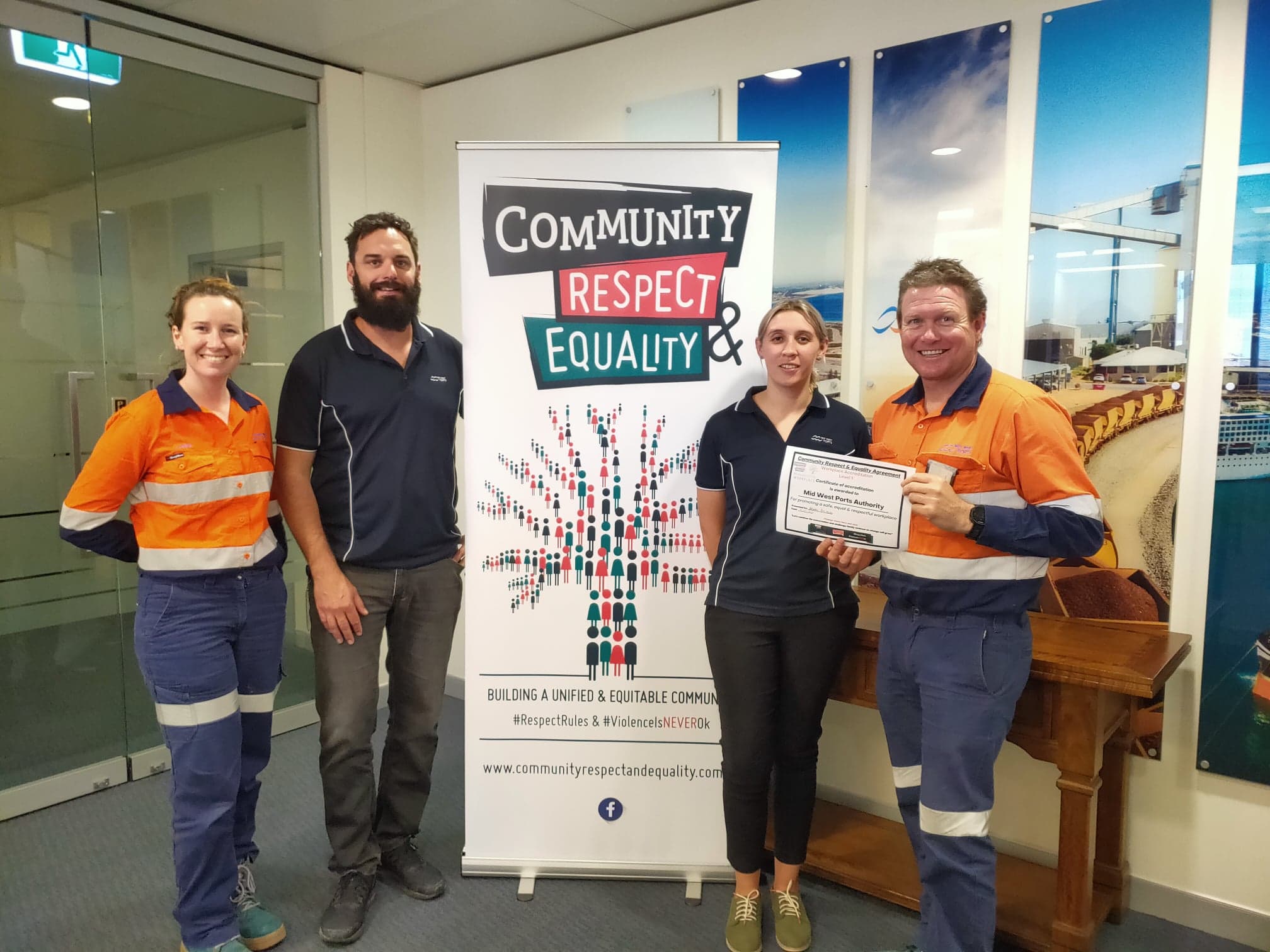 You may have recently seen the MWPA staff discussing the great work they have been doing for CRE on both the CRE and MWPA Facebook pages (watch here) and getting behind the Father’s Day campaign. MWPA have incorporated additional leave for staff experiencing family violence into their enterprise agreement, as well as supporting their staff to attend bystander training. They will also be piloting WACRH’s online bystander training within their staff induction packages. Among a number of different activities during 16 Day in WA campaign last year, MWPA committed to tying 2915 ribbons to the fence of the port, symbolising the number of police call-outs to family violence incidents in the Midwest- Gascoyne region in 2018, which created a great visual and talking point for the community. 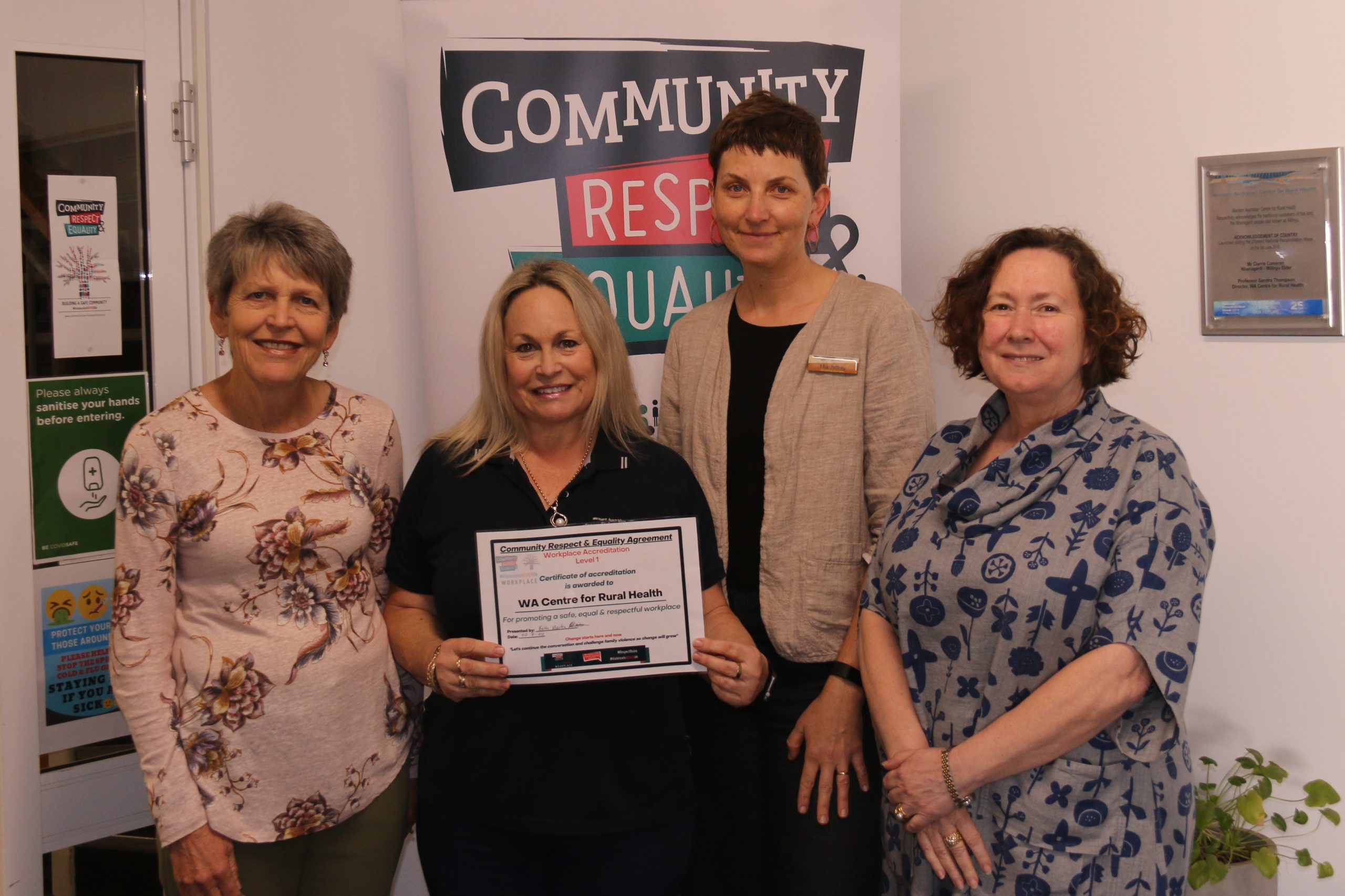 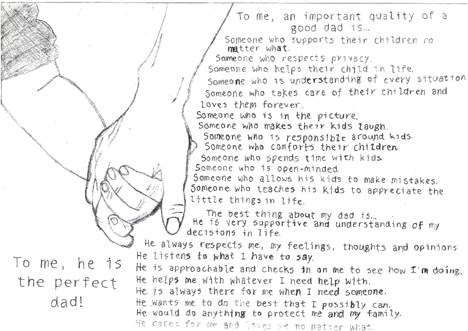 Briella
Year 10 Nagle
The Leading Lights Communications Action Group has been very active in the short time its establishment in July. The group devised a Father’s Day Campaign which was led by Ngala, WACRH and HCR and included representatives from Headspace, Sport and Rec, Mid West Ports Authority and Ian Blayney’s Office. The Fathers’ Day Campaign focused on messaging about the importance of present, engaged and caring dads. Member organisations recorded videos of staff members talking about what being a good Dad means to them. Messaging focused on encouraging men to feel that they can be caring and supportive dads without being judged by outdated ideas of masculinity and the need for parents to show their kids how to be respectful, caring and non-violent to toward each other so that they grow to be respectful adults, contributing to safer communities.

The videos were posted to the CRE Facebook page, reaching over 7000 people, and were the focus of an article in the Geraldton Guardian. A great outcome for the first Leading Lights action! Thanks to everyone who contributed. For more information about the Leading Lights Communications Action Group please contact WACRH on 9956 0205.

WA Centre for Rural Health sponsored a competition inviting the community to submit photos with an explanation of what a good dad means to them. Entries were received via email and Facebook with a $200 first prize and two $100 runner up prizes. Nagle Catholic College students in years 8, 9 and 10 also took the time to develop entries with 5 winners receiving $40 vouchers. Winners were voted for during the Leading Lights meeting held on September 10. Congratulations to all winners and runners ups. 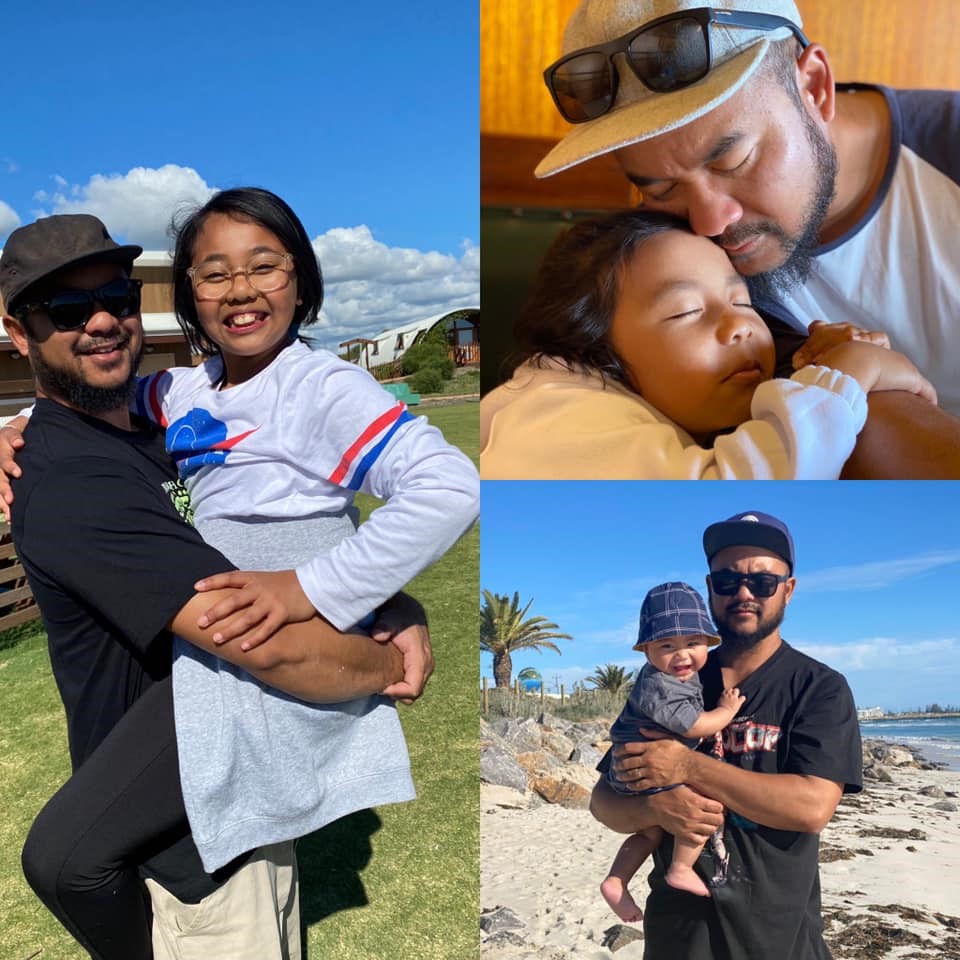 The best thing about our dad is that he is funny, loveable, caring and always there for us. He always reminds us to be respectful to our elders and tells us to always do our best even tho we will make mistakes along the way. Thank you for being you Dad. Duha(10) Lalitah (7) and Qareem (8 months)

Many Geraldton respondents identified factors that make family violence worse or more likely – including poverty, unemployment, illegal drugs and violent pornography. Although these issues all can be associated with family violence, they are not direct causes. We know family violence often occurs in the absence of all of these factors.

Looking more closely at the impacts of family violence gives us some clues as to the direct causes. Women are disproportionately the victims of family violence. Sadly, in Australia, on average, one woman is killed by a partner or former partner every week. One in every six women has experienced physical or sexual violence by a current or previous partner since the age of 15, while one in 16 men have experienced such violence. In this way, there is a gendered pattern to Family Violence[1].

Family violence takes many forms, including physical, sexual, social, emotional, cultural, spiritual and financial abuse. Looking at its impacts, we increasingly understand family violence is a wide range of controlling, coercive and intimidating behaviours which are most often used by men to limit and control women’s independence[2]. 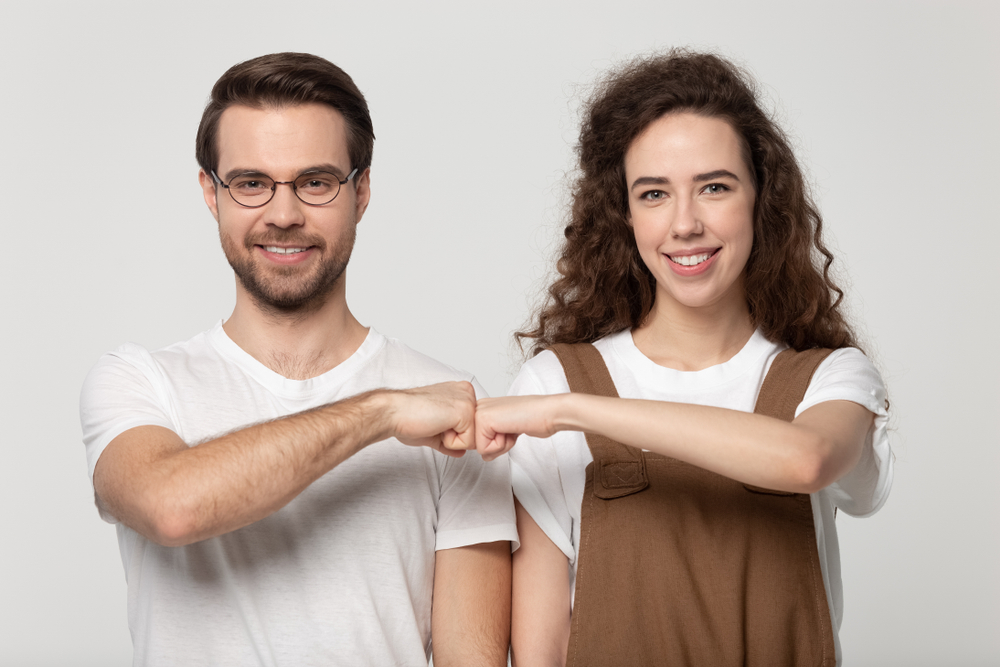 In the LCAEVS survey responses, the majority of people in Geraldton identified that control of women by men is a cause of family violence. The survey asked whether ‘Men wanting to control women’ was a cause of FV and 85% of the respondents agreed.  Interestingly, in the LCAEVS there was a sex difference in the responses, with 87.5% of women agreeing that Men wanting to Control Women is a cause of family violence, and 78.8% of men agreeing that it is a cause. We need more conversations about this at home, work and in the community.

Where there is equality and respect, there is less violence. Where the ‘norms’ of society tell us that men are strong, dominant and more powerful, while women are weaker and submissive, family violence is more widespread and severe. If we then add the reinforcing factors such as alcohol, drug use, unemployment, mental health issues and so on, we can better understand the patterns of family violence. To tackle violence, we need to tackle the beliefs about gender that value men’s dominance over women and attitudes that make women subservient to men. More flexible beliefs and attitudes about the roles of men and women in relationships and in society more generally are the key to preventing family violence.

[2]Vichealth. (2017). Violence against women in Australia. An overview of research and approaches to primary prevention. https://www.vichealth.vic.gov.au/-/media/ResourceCentre/Publicationsand
Resources/PVAW/Violence-Against-Women-Research-Overview.pdf 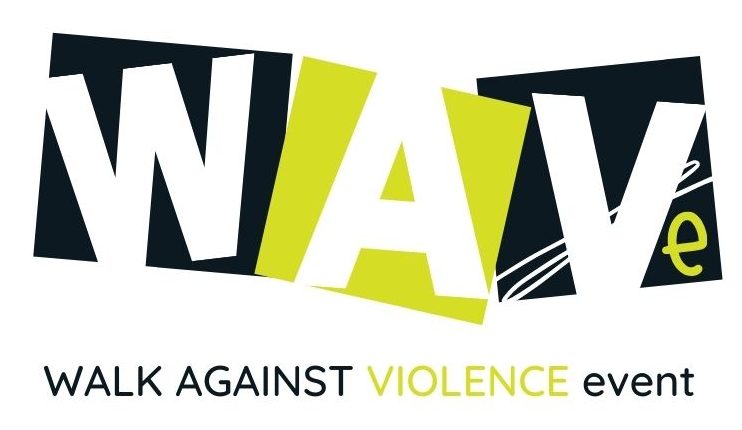 Please join us for the annual Walk Against Violence Event (formerly March Against Violence).
Friday 20th of November 9-11am at Stow Gardens.
More details to come in next months chat.

The 28th of August this year was National Equal Pay Day, marking the 59 additional days from the end of the previous financial year that women, on average, must work in order to earn the same as men in a year.

The National Pay Gap is 14% with $253.60 being the weekly average between what men and women earn. However, WA is coming in with a Pay Gap of 22% equalling a weekly difference of $454.00 and being an additional 107 days women must work – making our State Equal Pay Day, the 15th October.

The webinar above provides a great discussion explaining what the Pay Gap actually means, and how COVID-19 may impact on this. 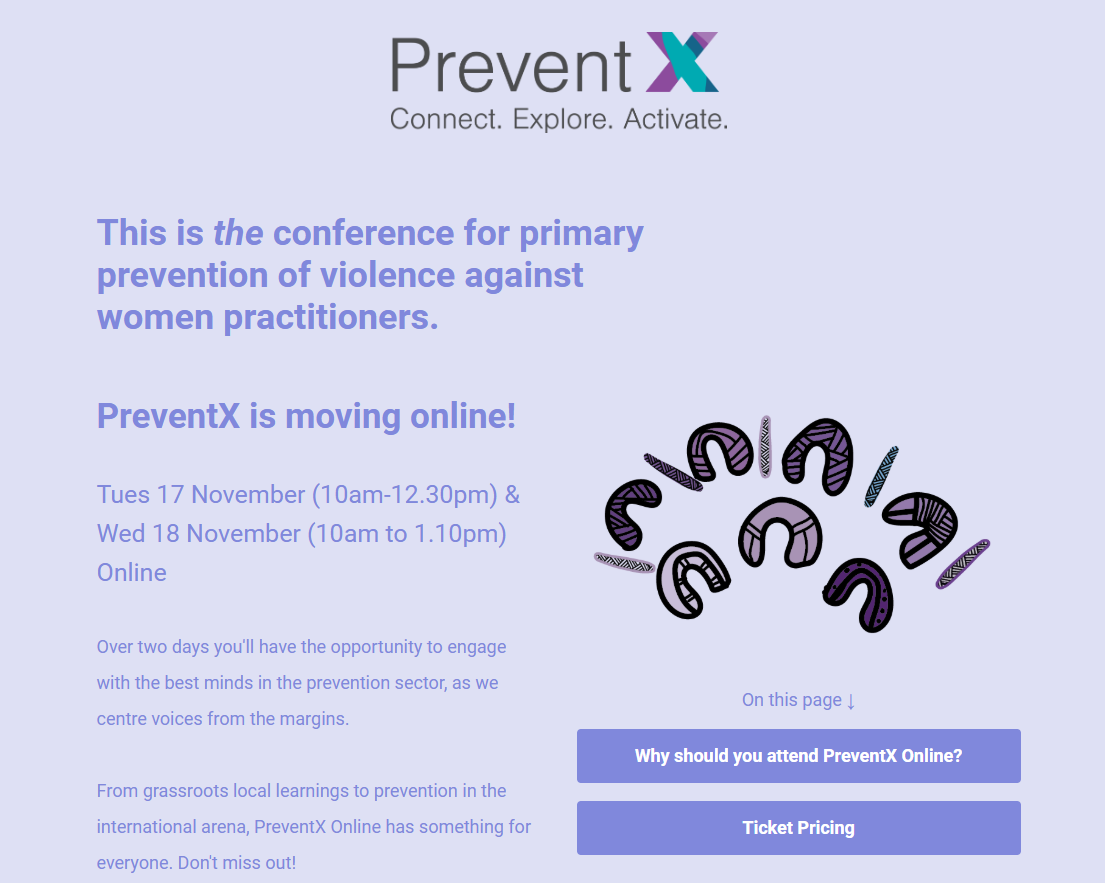 Who should attend?
Anyone and everyone working in Australia to prevent violence against women.

PreventX Online is curated to ensure relevance to attendees with diverse experience from across the primary prevention sector and beyond.

More information and to register.

It has been very exciting to have such momentum around CRE in the last month. A massive thank you and congratulations to all those involved!!

We are only a quick email or phone call away if your organisation needs any support for the CRE Agreement. Please let us know if you want to meet up and brainstorm how you could implement some of the different actions.