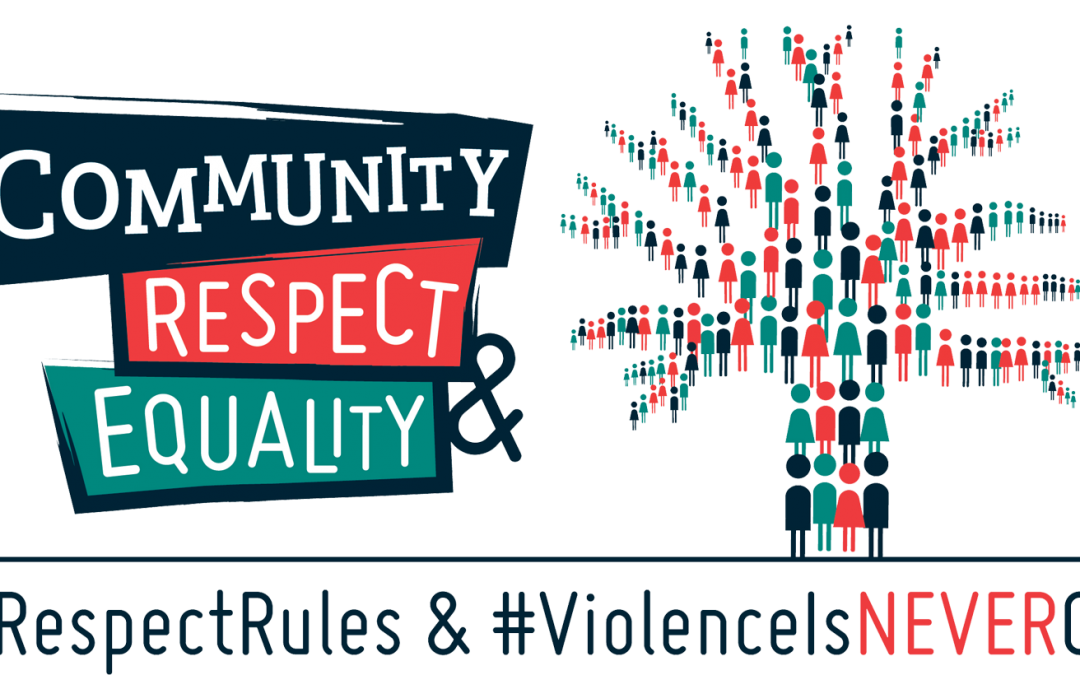 “I am happy to represent Ruah’s commitment to the Community, Respect and Equality Agreement in Geraldton. Ruah strongly believes in empowering vulnerable and disadvantaged people through respect and equality. Ruah is also dedicated to providing a safe and diverse workplace. I look forward to learning more about how we can take further action to create a violence-free community.” – Laura Hartlin 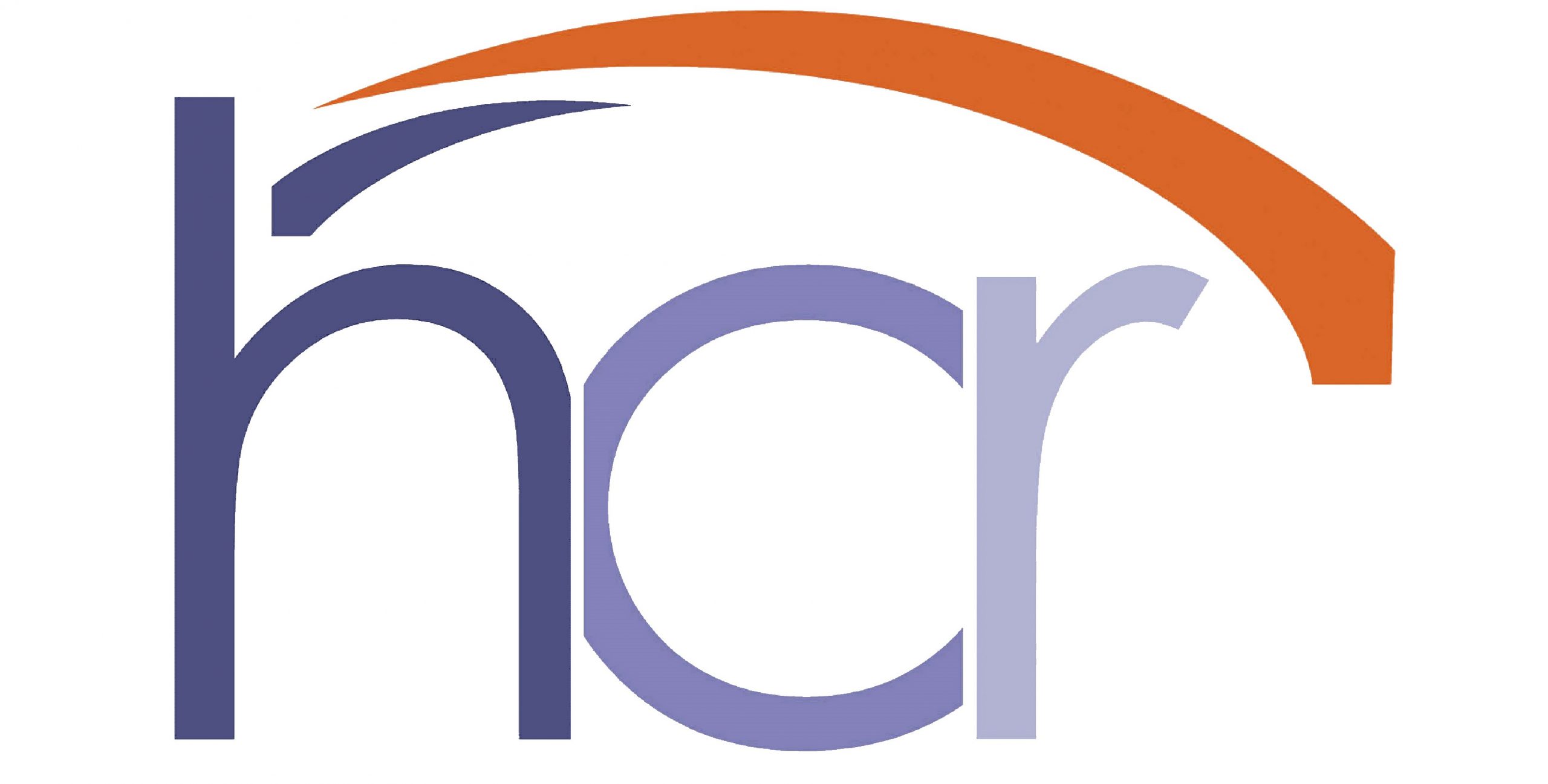 “As a health promotion charity, we want to see all people living life in all its fullness, which is why we have signed the Community, Respect and Equality agreement. Family violence devastates individuals, families and communities. Everyone deserves the right to a safe and happy place to live. We will do what we can to support the goals of CRE in Geraldton and promote gender equality as a strategy towards reducing family violence.” – Dane Waters 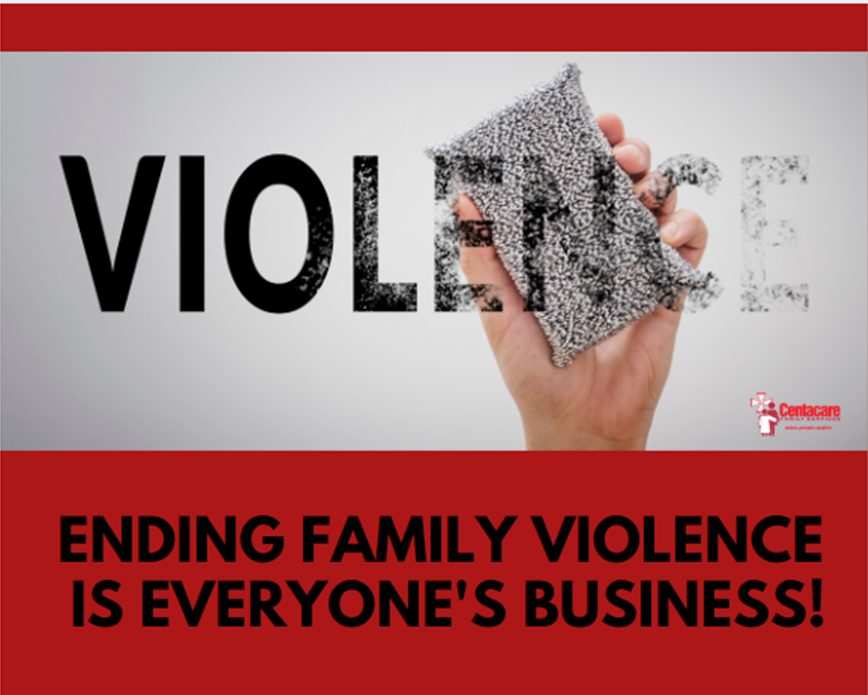 Centacare Family Services recently launched their new ‘Act With Kindness, Not With Violence’ primary prevention campaign. It has a variety of approaches that aim to prevent violence in Geraldton.
“Addressing family violence has always been a priority for Centacare Family Services”, Ella Ailenei, Executive Manager Programmes said. “We often support individuals who are impacted directly or indirectly, through the various services we offer.”

“Our desire to support change and address family violence at a wider level has led us to develop the ‘Act with Kindness, Not with Violence’ campaign,” said Ms Ailenei.  “We hope to inspire the local community to take action against violence by speaking out, challenging ideas that support family violence, and showing support to others”.

The new campaign has three key elements – men as role models, a video campaign “My kindness can change the world” and information sessions.

As Centacare also operate a Men’s Hub in Geraldton, this became an ideal way for men to be involved in the initiative.  This hub will work with men to be ambassadors for change in the community.
Ms Ailenei said, “Through learning more about the drivers and impacts of family violence and speaking out against it, men have an important role in stopping family violence.”

The Men’s Hub will also be running a fortnightly men’s group, with topics such as healthy relationships, social support, emotion regulation, personal development, enhancing resilience and wellbeing being discussed.

Another element of the campaign includes a new video: “My kindness can change the world.” This was developed with Geraldton school children and focuses on being kind, rather than on the negativity usually associated with family violence.  The video can be found on the Centacare Family Services Facebook page

Centacare is also developing content that will be used for information sessions in schools, workplaces and sporting clubs.  These will focus on exploring the gendered drivers of family violence and promoting pro-social behaviours.

As a signatory of the Community Respect & Equality Agreement, Centacare is actively involved in the prevention of family violence in the Midwest region.  Ms Ailenei said “We hope that by spreading kindness and working alongside the Community, Respect and Equality project and other local service providers, we can make Geraldton a safer and kinder community”.

The campaign is supported by funding from the Community Crime Prevention Fund, WA Police Force. 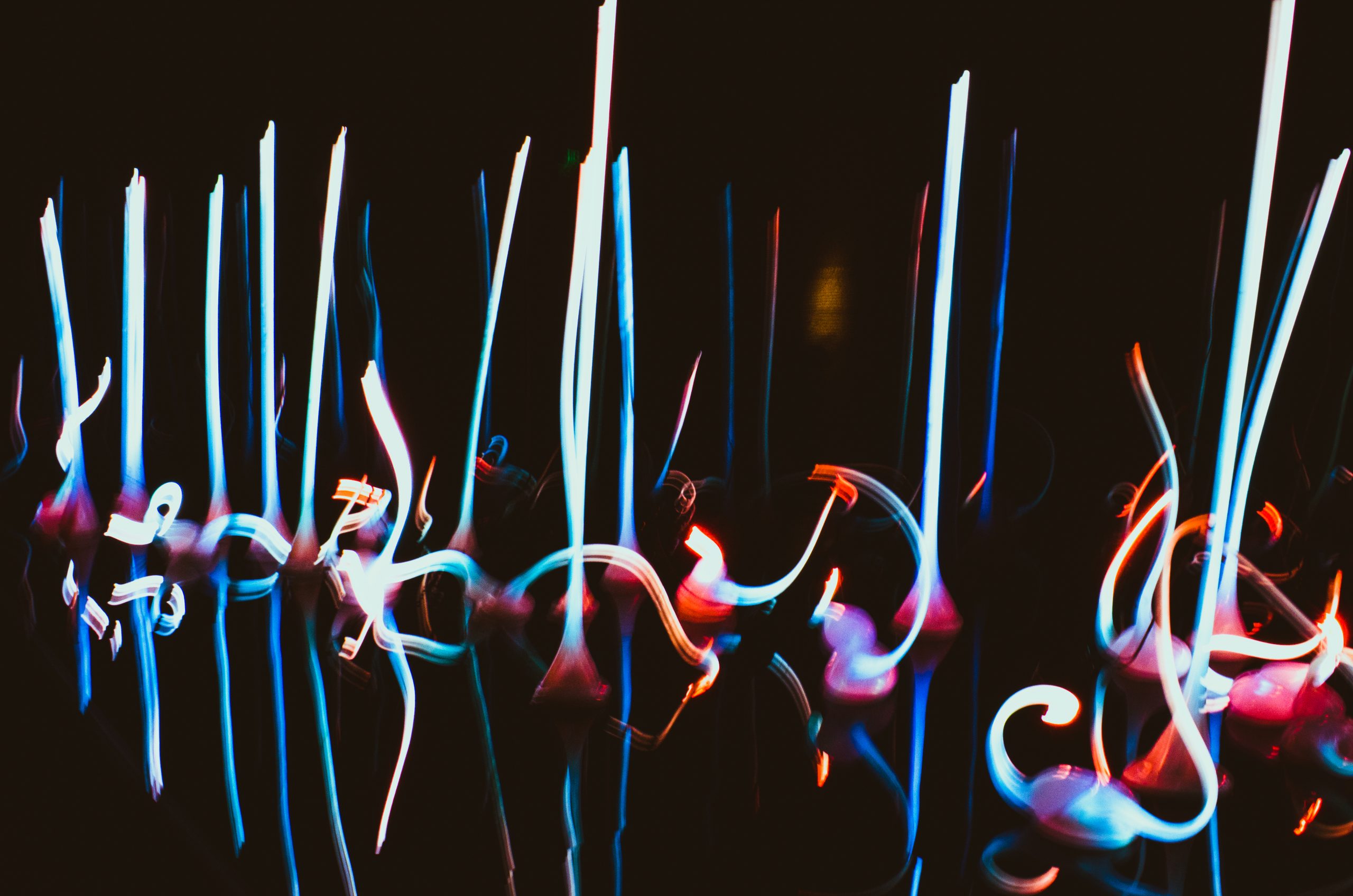 Organisations who have signed the CRE Agreement are invited to be part of the ‘Leading Lights’ Communications Working Group to collaborate and share organisation specific and strategic communications to maximise the reach of the key CRE messages in the community.

The first meeting will be held at WACRH on Thursday 2nd of July at 1pm. If you, or someone from your organisation would like to attend please RSVP to Margie.robinson@uwa.edu.au by Monday 29th June. 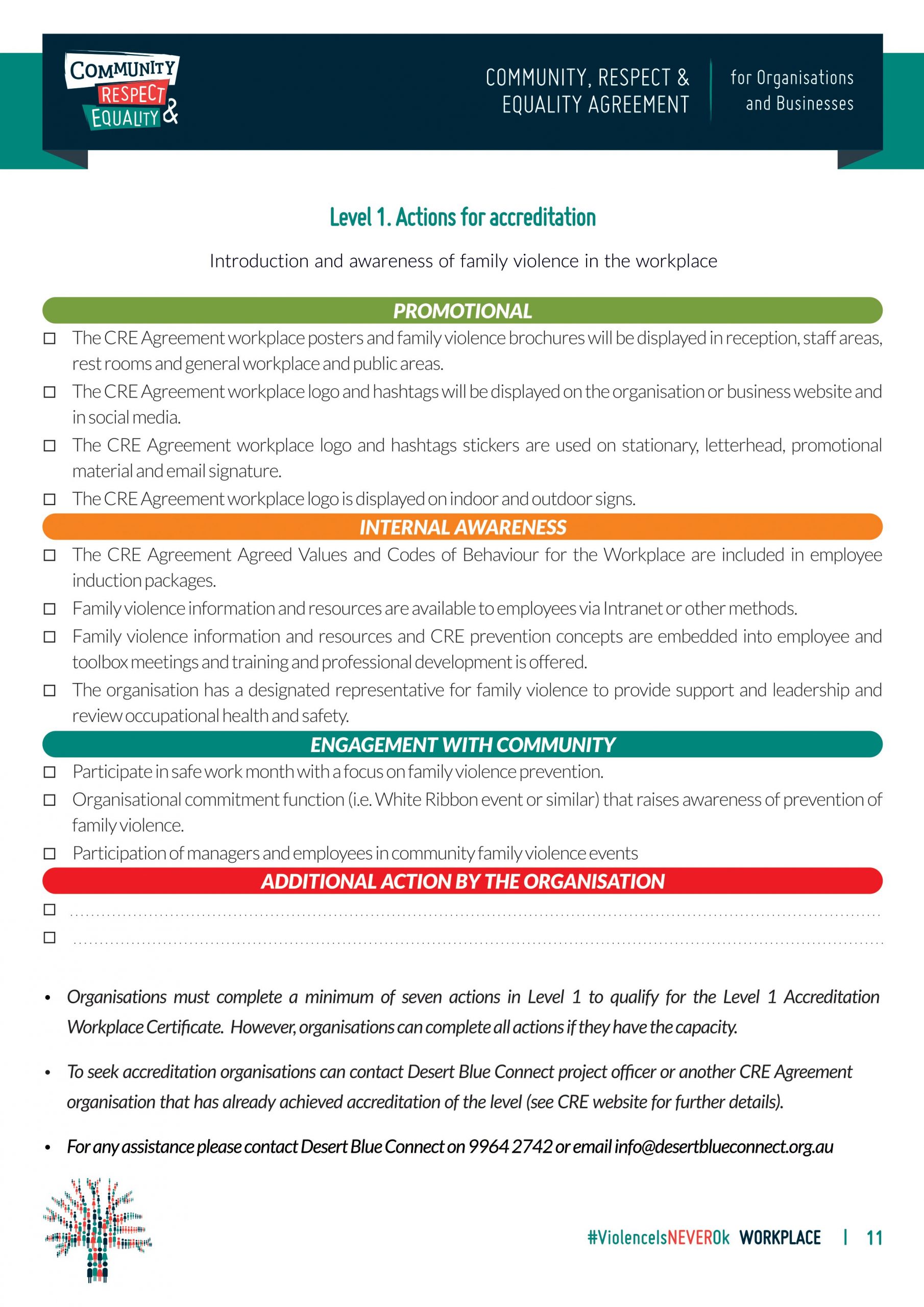 It has been great catching up with so many CRE organisations and discussing some of the amazing actions that are being implemented within Geraldton workplaces.

How is your organisation going? Remember just seven of the suggested actions need to be completed in order to reach accreditation.

Click on the picture, to be taken to the CRE Agreement Booklet (checklist is on page 11).

The National Retail Association in Queensland has a great website with helpful resources on how to address family violence in the workplace. Click on the image for some inspiration on implementing change in your workplace. 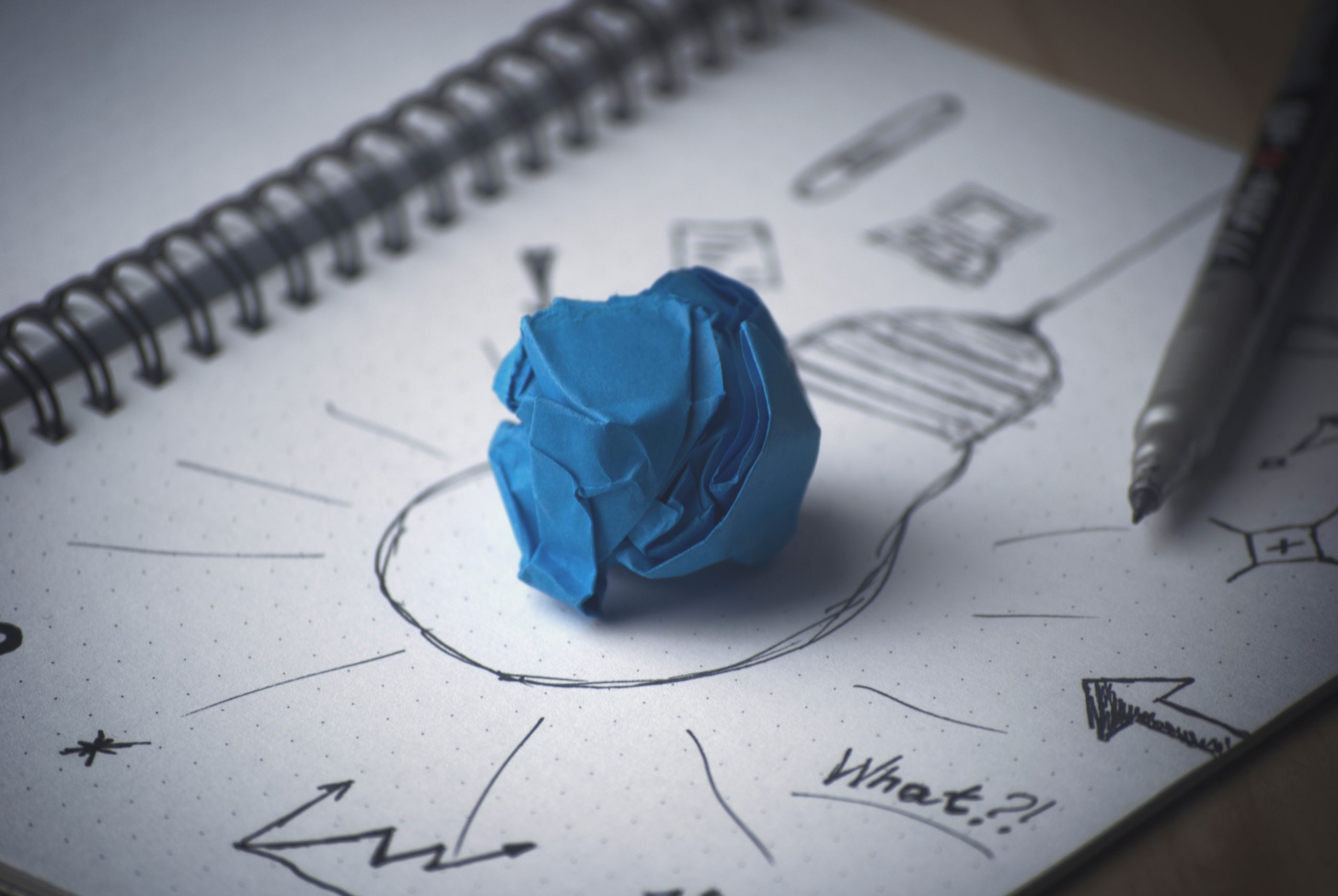 We are just a phone call away for any of the CRE Agreement businesses and organisations and are always happy to provide support.

If your organisation is meeting seven of the suggested actions and is ready to be signed off on level 1, please make contact and we can find a time to catch up.